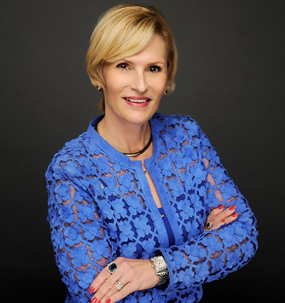 Bentonne Snay has worked for Democratic/progressive causes/candidates since joining the 1972 NOW Miami-Dade board of directors. Recent activities before joining the CG Dems Board in 2017 include Women for Obama (2008/2012 elections) and Hillary Clinton (2016). After joining Coral Gables Dems, she became board secretary in 2018 and president in 2019.President/CEO of The Snay Group, Inc., Bentonne has served nonprofit organizations for 35+ years and has BA and MPA degrees from FIU. She excels at award-winning grant proposal development, is an experienced executive grants coach and has broad-based executive and fundraising experience as founding executive director of Communities in Schools of Miami and the Burger King/McLamore Foundation. Bentonne became a Grant Professional Certified (GPC) in 2011 and has written more than 500 proposals yielding nearly $41.5 million in grant awards for 50+ nonprofits. Bentonne is past president and current member of the Association of Fundraising Professionals Miami and Grant Professionals Association South Florida. Bentonne is married to Riviera Schools Headmaster Patrick W. Snay, has one daughter serving as an Assistant District Attorney in the Bronx, NY Special Victims Unit and lives with her husband, two dogs and five cats. 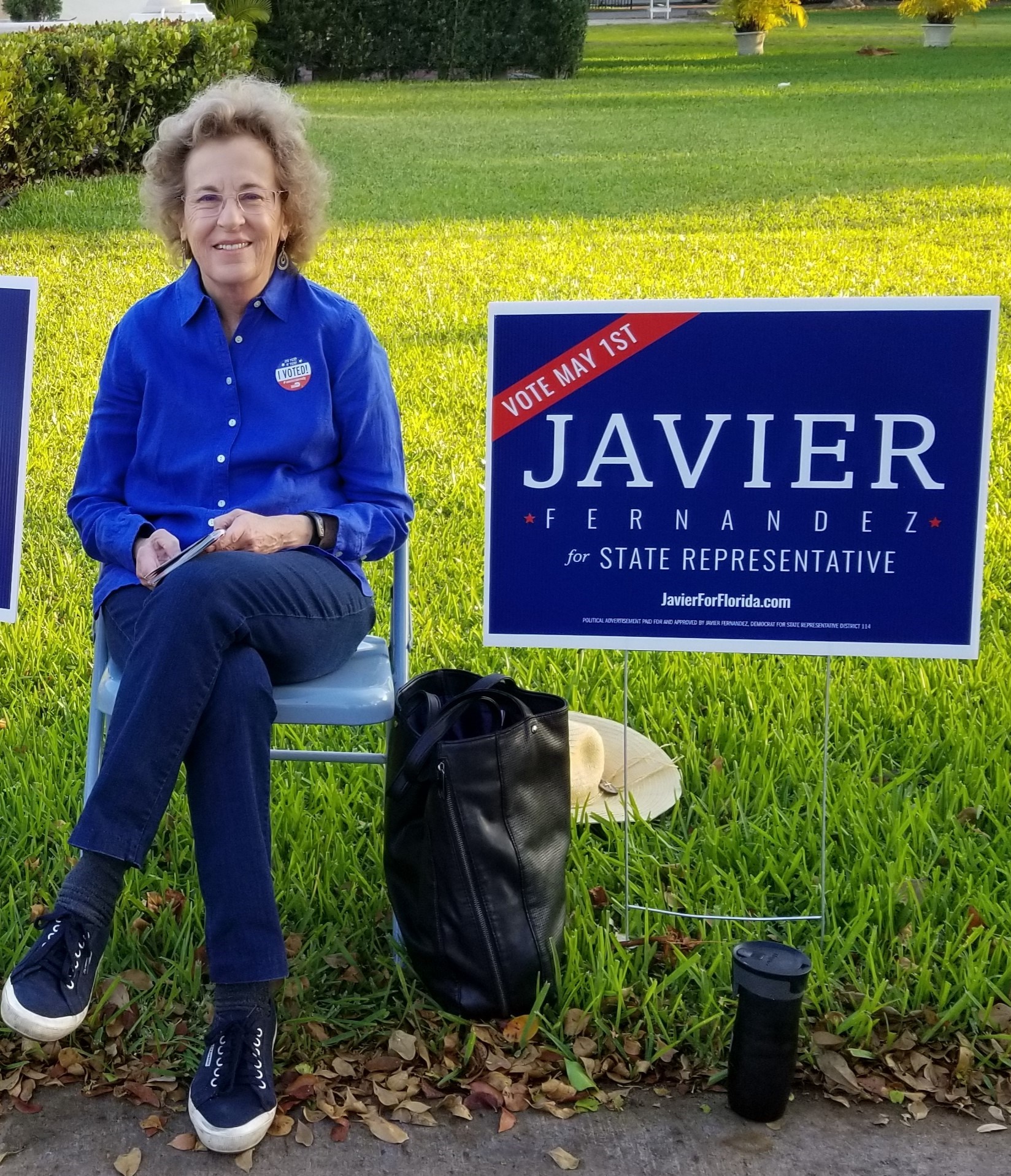 Jane grew up in Texas but moved north after she met Norman in 1967 when they were counselors at a Jewish summer camp in the Catskills. Her first career was as a computer programmer, but later she and Norman went to law school.  After they graduated from Harvard Law School in 1977, she became a federal prosecutor first in Washington DC, then Baltimore and finally in Miami, having moved here in 1982.  Since 1987, She has been a white-collar criminal defense attorney, although now her focus is electing Democrats. She has been active in poll watching, voter registration, canvassing and phone banking for many years.

Norman and Jane have two daughters: Ariela, Director of Community Relations at Americans for Immigrant Justice, and Anna, who recently graduated from the University of Miami Miller School of Medicine and is a resident at Parkland hospital in Dallas. 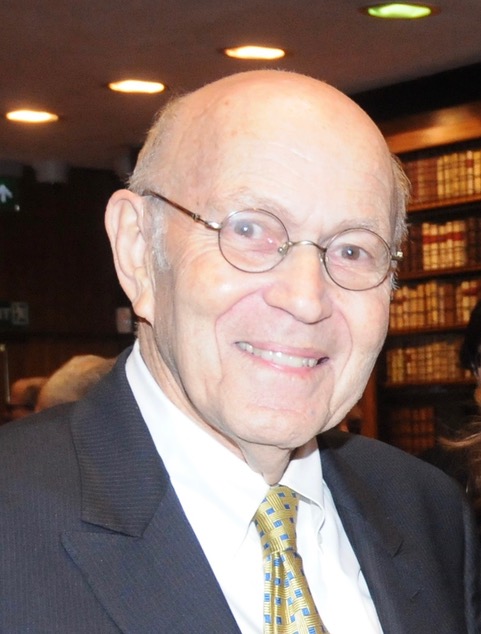 Although I identify as a lifelong New York liberal Democrat I actually grew up in a small farming community in a heavily Republican county 40 miles from New York City.  I attended Princeton University followed by Medical School at Columbia University.

Following a 1-year surgical internship I served 2 years on active duty with the U.S. Navy.  I spent the next 6 years as a resident in general and then cardiothoracic surgery at the Columbia Presbyterian Medical Center in New York City.  I then joined the faculty of the University of Pennsylvania School of Medicine, and 2 years later in 1972 I came to Miami and joined the faculty of the University of Miami School of Medicine.  Since retirement I work with the Consortium for a Healthier Miami-Dade, sponsored by the Health Department and chair the Tobacco-Free Workgroup.  I also serve on the regional Board of the American Lung Association.

Since the reestablishment of the Coral Gables Democratic Club in early 2017, I have had the privilege of serving as Treasurer.  I believe that the strength of the Democratic Party will ultimately rest on the vibrancy of its grass roots base of which the Club is and should be an integral part.  I am committed to supporting efforts to restoring liberal democratic values as guiding principles to our local, state, and federal government. 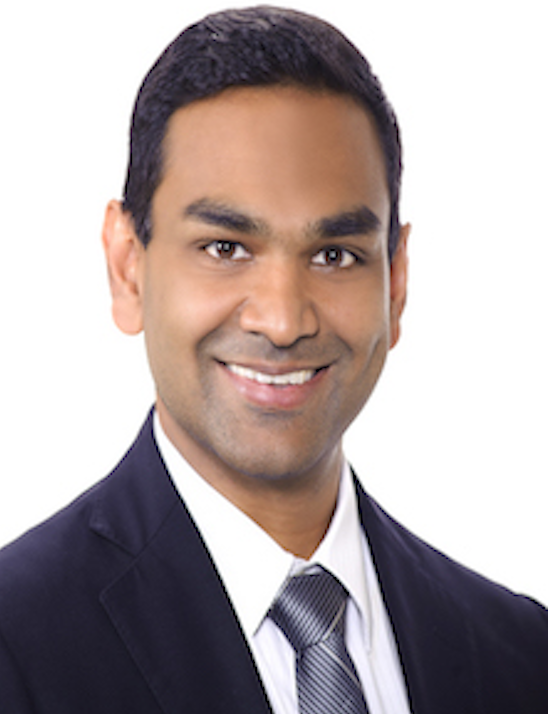 Arun Ravindran is an attorney at Hedin Hall LLP and represents plaintiffs in data privacy, consumer, and securities class actions around the country.  Earlier in his career Arun proudly served as an Assistant Federal Public Defender in Miami representing indigent people charged with federal offenses, as a law clerk to the Honorable Patricia A. Seitz, United States District Judge for the Southern District of Florida, and as a Captain in the United States Marine Corps.

Arun is married to Iva Ravindran who is also a former public defender and practices as a plaintiffs' attorney.  They have three children and have lived in Coral Gables since 2015.  Arun also serves on the Associate Board of Teach for America Miami-Dade and is a member of Class X of the Miami Fellows. 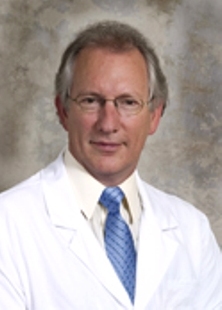 A lifelong Democrat , Thomas and his wife Diana have recently become more active in the Coral Gables Democratic Club. Aside from serving as a Director, he has joined the club in its canvassing and made financial contributions to the party. 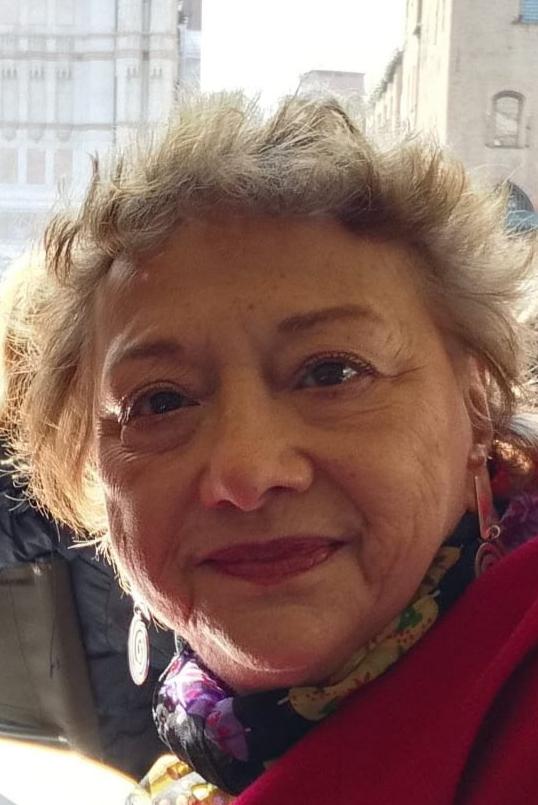 I am a retired lawyer from Washington, DC, where I specialized in security clearance appeals and other employment law cases. I am a graduate of Skidmore College and Georgetown Law School. After a lifetime of campaigning for Democratic candidates in New Hampshire (“Clean for Gene”), Maryland, Pennsylvania, and West Virginia, I joined the Board of the Coral Gables Dems in order to do everything possible to restore sanity, reason, and compassion to all levels of our government.

I live in the Gables with my husband, John Tillson, a retired Dept of Defense executive. Our daughter, Susannah, lives with her husband and three sons in Bologna, Italy. In my spare time I work as a volunteer mediator for the Equal Employment Opportunity Commission, sing in a baroque chamber choir, Miami Collegium Musicum, and travel frequently to Bologna. 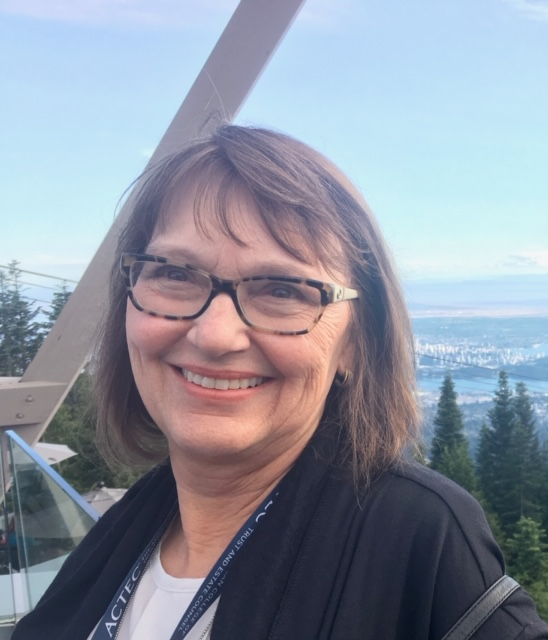 Janet is a devoted lifelong Democrat who volunteers in state, local and federal elections.  After the 2000 election of George W. Bush, she promised that she would work as hard as possible to make sure that a Democrat be elected to the White House.

Janet was an active volunteer for Hillary Clinton and several other campaigns in 2016.  She is a founding member of the progressive grassroots group Rise Up Florida!, a member and past officer of the Coral Gables Area Democrat Club and serves on a Coral Gables community board.

Janet and her husband Lou have lived in Coral Gables for over 30 years.  They have three children – all proud Democrats. 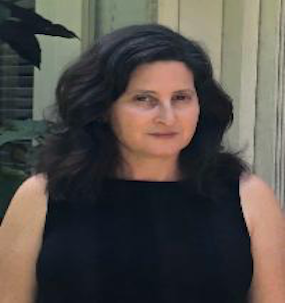 Martha is a professor of US literature in the English Department at FIU and a lifelong progressive Democrat. A 1988 graduate of Palmetto High School, Martha returned to the area in 2014 to work at FIU. In politics, she particularly enjoys door-to-door canvassing and plans to canvass in Coral Gables in 2022. Outside of politics, she is active in Jewish Voice for Peace-South Florida and enjoys running and yoga. She lives with her wife and their teenaged daughter who attends Miami-Dade Public Schools. 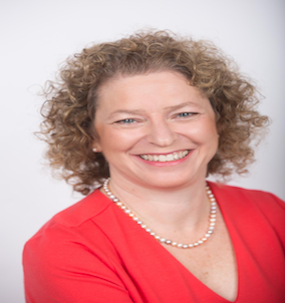 A lifelong Democrat and native New Yorker, Janet is a graduate of Yale University and its law school and is now the Dean of Students and Lecturer in Law at the University of Miami Law School. Janet is the past president of the Yale College Democrats, held elected office in New Haven, and has been employed by many Democratic campaigns over the years. She is also the proud mother of twin sons, Justin (a 2020 graduate of Haverford College) and Gabriel (a 2020 graduate of Boston University). 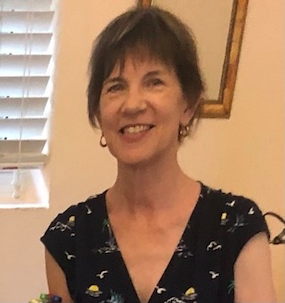 Linda and her husband moved to Coral Gables to be near their son and his family (three grandchildren), spending most of the year in Florida and remaining months in Minnesota, where their daughter and three grandchildren live. Trained as a lawyer and political scientist, Linda spent her career in both the private sector (including 17 years at Eli Lilly and Co. working primarily in international tax compliance) and non-profits (universities, schools - teaching and administration - and community organizations). She is widely traveled and multi-lingual. In her free time, Linda likes music (all kinds - especially classical and world music), reading, writing, cooking, swimming, yoga, qi gong and tai chi. 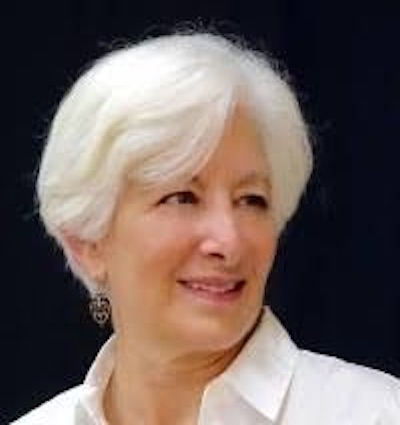 Julie started her activism in her freshman year of college at a small all women’s college.  The health center refused to provide contraceptive care because “our girls don’t do that”.  Julie and a few friends lobbied a dean and got permission to found the first women’s center at the school.  The Vietnam War and issues of poverty and mental health drew her attention.

Julie earned a bachelor’s degree from the University of Michigan and a master of science in social work from the Columbia University School of Social Work.

Her work life included direct work with people in need, program development, fundraising and executive leadership.  The primary focus of her work was with people with developmental disabilities and their families.

As she worked with legislators of both parties on issues related to her work, she was unable to work in partisan politics.

At the end of 2015, no longer working for a living, Julie moved to Miami to be closer to her son, daughter-in-law and her grandchildren. When Julie read an article about an office opening for Hillary for America, she suddenly realized that she was now free to work in electoral politics.

Since that time, she has volunteered with Rise Up Florida, The Coral Gables Democratic Club and the Blue Wave Coalition.

When she learned that the Coral Gables Democratic Club was becoming reactivated and reenergized, she started to attend meetings and found the Club meetings well organized, goal oriented and productive.  Julie has been increasing active with the Club since 2019 and has continued to lend her expertise and taken on increasing responsibilities with the Club. 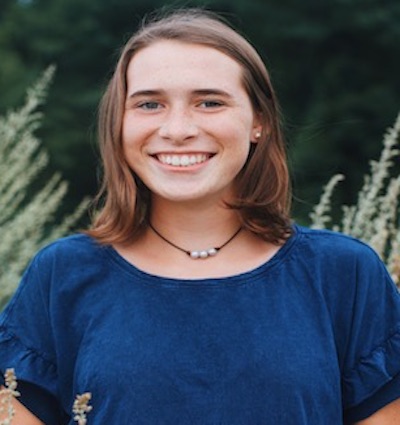 Madeline is a senior at the University of Miami pursuing a bachelor's degree in Political Science and International Studies. She is the Vice President of the University of Miami Young and College Democrats chapter UDems), which she has worked with to canvass and phonebank for various Miami-Dade Democrats. During the 2020 gubernatorial race in her home state of Maine, she volunteered on the campaign for Janet Mills, to help elect the first female governor in the state. Madeline is a proud Mainer. She has always had a passion for politics and how decisions made by our elected officials impact our lives. She is pleased to join the Coral Gables Democratic Club (CG Dems) Board of Directors in 2022-2023 to engage in CG Dems’ many activities, including motivating more UDems members to help elect dedicated, strong and compassionate Democrats.